Exclusive: Government to look at possibility of focusing spending on repairs and maintenance to provide immediate economic impact 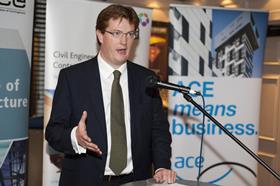 The government will look at the possibility of recycling savings made in other areas, including its current infrastructure spend, in a bid to boost spending on repairs and maintenance, chief secretary to the Treasury Danny Alexander has said.

In an interview with Building last night at the Liberal Democrat conference in Brighton, Alexander said he accepted the arguments made by a wide range of organisations across the construction industry that increasing spending on repairs and maintenance now could provide an immediate stimulus to the construction industry and the wider economy, rather than the much longer-term boost provided by investing in major infrastructure projects.

The call to boost spending on repairs and maintenance forms a key part of the industry-wide Construction4Growth campaign, launched earlier this month.

Alexander said that while he could not make any spending commitments, the government was taking the issue seriously and would look at the possibility of reallocating savings from other parts of government or bringing forward spending from later in the parliament to boost spending on repairs and maintenance now.

He said: “We are working with the industry to drive the costs of infrastructure down and to bring it closer to the levels in other countries.

“So if we make cost savings in other areas that could create the opportunity to boost spending on repairs and maintenance.

“It is an important point but I can’t make any commitments at this stage.

“But I do take the point that repairs and maintenance are very important and we have to get the balance right [with investment in long-term infrastructure].

Alexander’s comments came as the Infrastructure Alliance launched a new report at the Liberal Democrat conference, calling for the government to inject short-term funding into maintenance and minor works to provide an immediate impact on employment nad economic activity.

Alexander said he would take “a very careful look at [the report] and respond in due course”.

Alexander said the UK’s infrastructure had suffered from under investment for many years and that this was something the country “simply cannot afford to continue to do”.

“The quality [of infrastructure] is simply no longer keeping pace with our competitors,” he said.

“That is why this government has placed so much emphasis on investment in infrastructure.

“It is vitally important for creating activity in the economy now and to ensure our country has a better more sustainable more balanced economy in the future.”

Alexander said Infrastructure UK (IUK), the infrastructure unit within Treasury, had received over 40 expressions of interest in the UK Guarantee scheme, which promises to underwrite up to £40bn of investment in infrastructure projects.

He said IUK had been contacted by projects over a wide range of sectors including energy, waste and transport, but would not comment on the number of projects being taken forward.

He said reports that just one project had been approved were misleading: “Different projects are proceeding through the system at different speeds, depending on how ready they are and depending on a whole lot of project by project circumstances.”

“We will announce these as we go in the next few months. But I’m not going to pre-announce any numbers.”

Alexander added that the level of interest in the UK Guarantees scheme had been good, but implored more projects to come forward.

“People involved in infrastructure projects should come and talk to us straight away - we don’t want them to sit within their organisation thinking would this really work for us or not?

“It is deliberately constructed as a very open and flexible scheme and we want project managers to come and have an initial conversation with us which will allow us to get to the bottom very quickly whether this is a project that could benefit from the guarantee or not.

“I’d much rather IUK was having those initial conversations with as wide a range of projects as possible - that’s what’s happening but it’s very important that we keep promoting that.

“So we want people to come and talk to us straight away - we really are open for business. Having put this scheme in place, which people have been calling for many years - decades even - I want to make sure it’s used as widely and quickly as possible.”