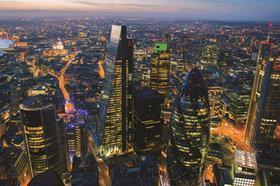 The government is not doing enough to enable development activity in London says 86% of the industry in a survey conducted by M3 Consulting.

A further 11% of respondents to the London Development Barometer survey said they considered the government instead to be actively discouraging development in the capital.

Looking ahead, more than half (57%) believe there will be less development activity in London over the next five years while eight in ten believe Brexit has had a negative impact on the market.

Respondents also cited funding for local authorities and infrastructure as priorities for enabling development activity, with 82% reporting the proposed Crossrail 2 would have a positive impact.

Two out of three respondents also believe that over the next five years, the Mayor of London will be the most influential factor on development activity.

Gavin Kieran, director at M3 Consulting, said: “[The industry’s] priorities are placed on planning, public investment and supply of land amongst others, measures which are within central and local governments control and ones that would help encourage the day to day business of development in London. Demand is likely to follow.”