The latest Green Deal figures, published yesterday, showed that just £1.6m of the government’s £125m cashback scheme has now been paid out since the Green Deal launched in January, with virtually all of the 5,733 payments (97%) going towards funding boiler replacements, with just 2% for loft insulation and 1% for cavity wall insulation. 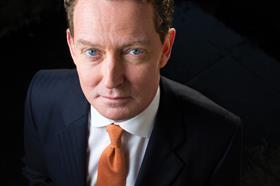 Now, in a letter to Green Deal providers, energy minister Greg Barker (pictured) has said the government is considering changes to the cashback scheme in order to increase its take up and ensure it is not only used for boiler replacements.

In the letter (attached right), Barker said he was “considering whether further conditionality could and should be put in place to prevent the scheme mainly subsidising boiler installations”.

Barker said the change was aimed at ensuring a “wide range of measures” are taken up through the Green Deal and that he wanted to see a “significant increase in the number of customers applying for cashback and making installations as a result”.

He said the Department of Energy and Climate Change (DECC) was also considering other changes to the £125m scheme, including allowing customers to apply for a cashback incentive without using a register Green Deal provider to arrange the work.

However, a Green Deal assessment would still be required and the work would have to be undertaken by a Green Deal registered installer.

In addition, the department is considering removing the requirement for an Insurance Backed Guarantee where householders are self-funding the installation.

A DECC spokesperson said the proposed changes would not render boiler replacements ineligible for cashback payments. “Cashback was intended to incentivise demand for the Green Deal as a whole, across the whole supply chain and across a wide range of measures,” he said.

“While no decisions have yet been made, it is right to consider potential options, including further requirements for cashback eligibility on boilers, which may help drive installation of other measures under the scheme.”

John Sinfield, managing director of Knauf Insulation Northern Europe, said the changes were “tinkering” and would not lead to a major increase in take up of the Green Deal.

He said: “We are pleased to see that DECC is finally taking heed of industry calls to tackle the dismal levels of Green Deal take up, but we must be clear that tinkering with the scheme in this way falls far short of the major revisions needed to ensure its long term success.

“So while we support the introduction of multi-measure cashbacks and the focus on tackling the building fabric with loft and cavity wall insulation where possible, the issue still remains that there is a severe lack of significant demand drivers.

“Real incentives to act are required, such as reduced council tax rates for better performing properties or variable Stamp Duty for those that achieve a certain energy efficiency standard.”

Improving incentives to take up the Green Deal is a key part of Building’s Green for Growth campaign.