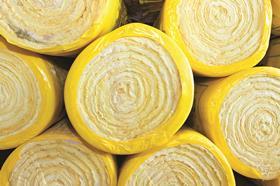 Energy efficiency improvements installed under the government’s two key retrofit schemes - the Green Deal and the energy company obligation (ECO) - hit there lowest level for 20 months in February this year, the latest Department for Energy and Climate Change (DECC) figures have revealed.

A total of 44,431 energy efficiency improvements were installed in 35,488 homes under the two government-backed scheme in February, the lowest level since June 2013. This total compared to a high of 100,206 improvements in March 2014.

Reacting to the latest fgiures, John Alker, director of policy and communications at the UK Green Building Council, said: “Sadly it’s no surprise that the number of energy efficiency measures and households benefitting from them is at its lowest ebb in a year and half. The policy shambles around ECO and the lukewarm response to the Green Deal have had their impact.”

Alker called for a renewed retrofitting push from the next government, adding: “The new government - of whatever colour - needs to dedicate capital funding to pump prime this market.”

Pedro Guertler, head of research at the Association for the Conservation of Energy (ACE), agreed the figures were no surprise, and said the main problem was the targets energy suppliers have to meet under ECO.

“What we’re concerned about is the level of activity in the next two years. If they deliver at the rate of the last few months, they will have met their 2017 target in full within the next year, which will mean no activity for 12 months and still no idea of policy post-2017.

He added: “What is needed from the next government is for it to treat home energy efficiency retrofit as the infrastructure investment priority that it is, not a series of here-today, gone-tomorrow programmes.

“This would mean a long-term policy towards funding and attracting private investment.”