Regional developer Mulbury has been given the green light for two residential blocks in Manchester worth a combined £50m.

The two schemes, brought forward by Mulbury’s city living division, were given the thumbs up by Manchester city council subject to a section 106 agreement shortly before Christmas.

The Tim Groom Architects-designed proposals will see more than 300 new homes built in the city’s New Cross district, a regeneration area on the north-eastern fringe of the city centre.

The block on Bendix Street will consist of 161 apartments in a 12-storey building to be built on a 0.14ha site currently occupied by a three-storey building used for a locksmith business. 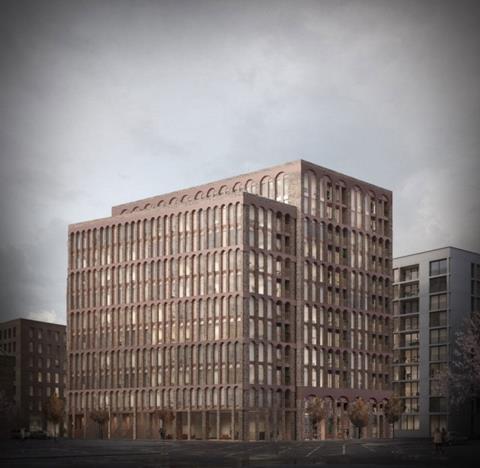 The other block, on Oldham Road, will provide 144 apartments in an 11-storey building on a 0.13ha site which currently contains a car park and some partially occupied buildings.

Apartments in both schemes will range from one to three bedrooms, with the ground floors set aside for reception and concierge services, residents’ lounges and some commercial space.

Contractor GMI has been named preferred bidder on both schemes, with Deloitte on the project team as planning consultant along with cost consultant RLB and M&E consultant Futureserv.

The two blocks sit either side of a 274-home scheme currently being built by Balfour Beatty and designed by Manchester practice Hodder and Partners.

A third Mulbury scheme on Goulden Street set to provide 73 apartments across eight storeys, incorporating a listed former fire station, is still awaiting approval. Mulberry’s in-house contracting division is understood to be lined up to build the scheme.

A spokesperson for the developer said it currently has 11 live sites across the North-west, with approval expected on at least another four schemes within the first quarter of the year.