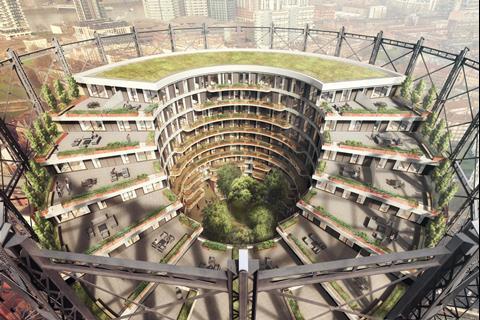 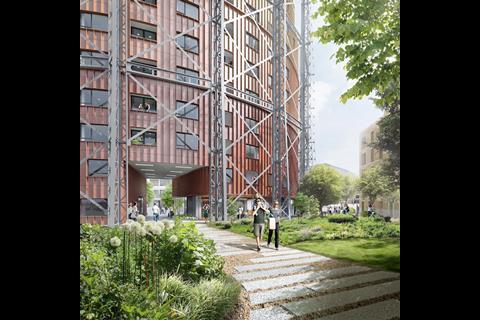 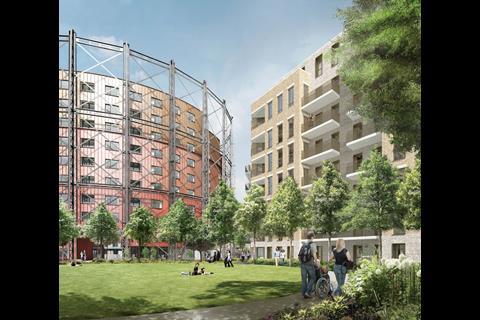 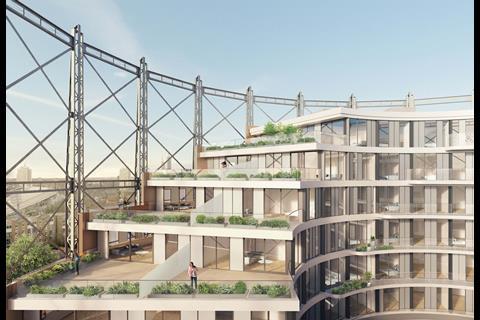 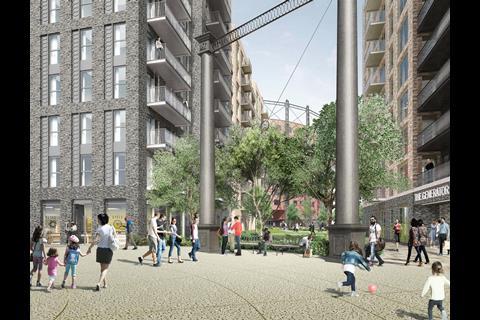 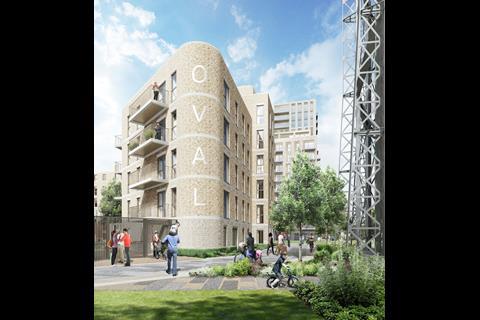 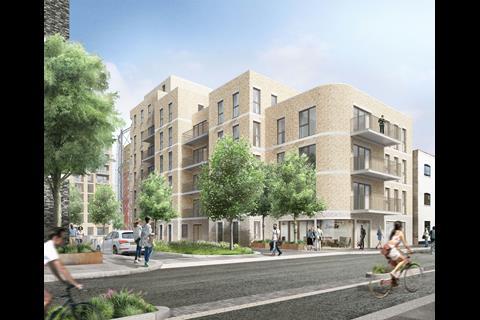 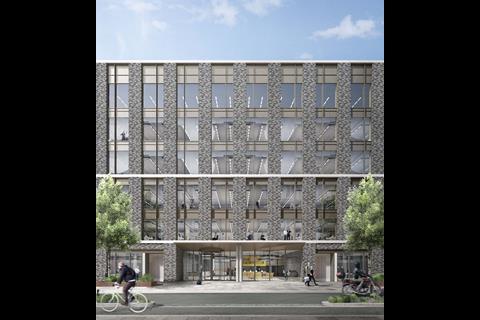 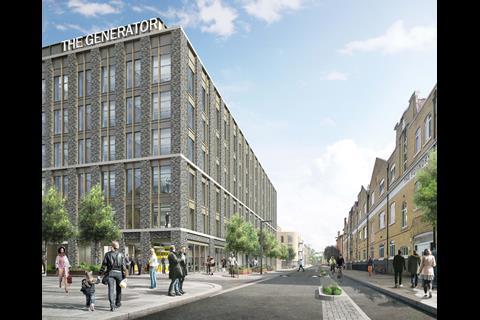 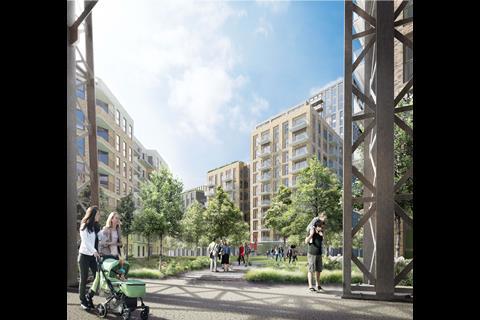 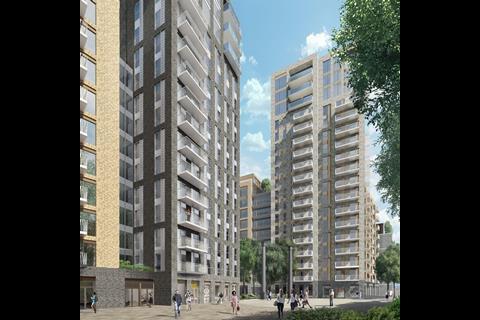 Grid has won planning to demolish three of the gasholders next to Oval cricket ground and build a block of flats in the centre of a fourth.

The project, known as Oval Gas Works, proved controversial locally and the planning committee was split 3:3. The scheme slipped through on the casting vote of the chairman after a long debate this week.

The No1 Gasholder – the largest in the world when it was built in the late 19th century, and the well-loved backdrop to globally televised cricket matches – was listed mid-way through the process. It sits above a 13m deep water tank.

The Victorian Society argued that it gets much of its interest from its group value with the smaller gasholders which cluster around it, but they will now be demolished and some of the metalwork reused in the project’s landscaping.

Grid has worked with Lambeth council and Berkeley Homes since 2013 to produce a 5.5ha wider area masterplan which was used as the basis for the decommissioning of the 2ha gasworks site.

Last year the architect submitted a detailed planning application for 738 homes, plus shops, cafes and offices.

The 65m diameter frame of Gasholder No1 will be removed and repaired before being re-instated as a free standing structure round a new residential building.

This will be a large metal-clad drum of a building wrapped around a circular courtyard and stepping down towards the cricket ground to allow views of the historic structure.

The scheme contains just over half a hectare of public space and new routes through a previously impermeable site.

In King’s Cross Wilkinson Eyre designed blocks of flats in three gasholders and Bell Phillips created a park in a fourth. At Battersea Power Station all the gasometers have been demolished. All of Fulham’s gasholders are being demolished under a masterplan drawn up by Make, with the exception of No2 which is the oldest surviving gasholder in the country and grade II listed.

In January this year Outpost won a National Grid ideas competition to explore potential uses for the base structures left behind when gasholders are decommissioned.