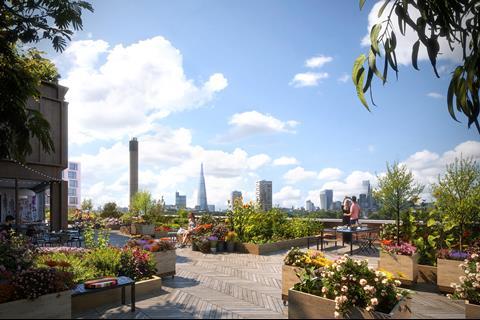 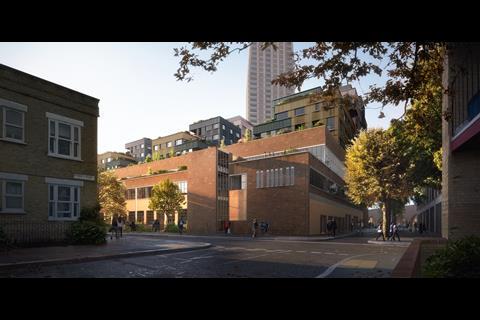 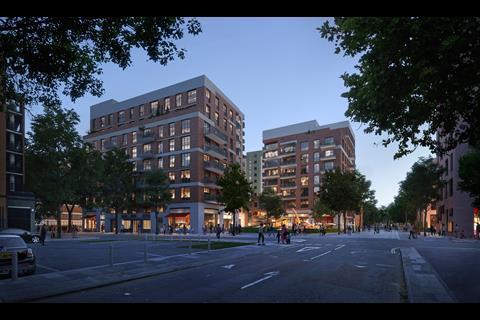 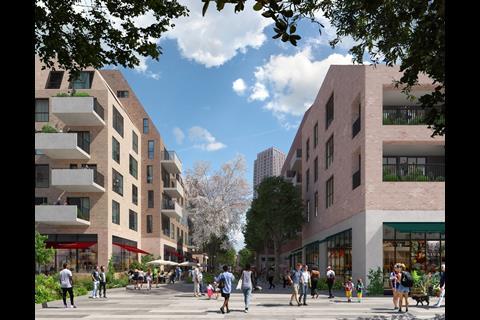 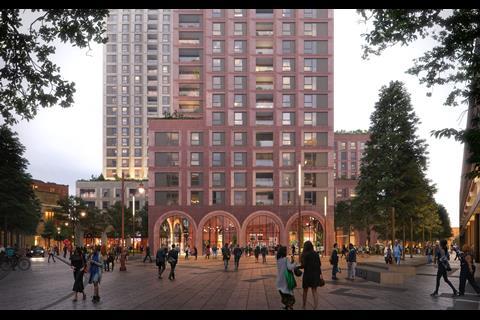 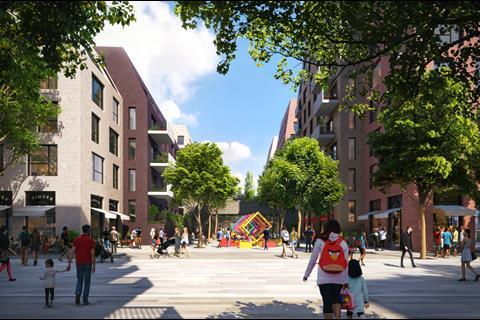 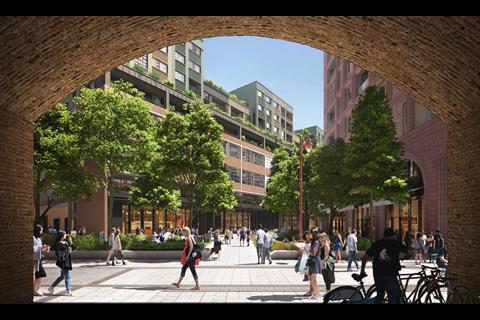 Developer Grosvenor has beefed up the number of affordable homes on a £500m build-to-rent housing scheme in Bermondsey, south-east London, in an attempt to get the project past the London mayor.

In February, Southwark council threw out the firm’s initial proposals to build 1,342 homes, of which only 27% would have been affordable, on the site of the old Peek Freans biscuit factory.

The scheme, called the Old Biscuit Factory, was later called in by London mayor Sadiq Khan who is expected to give his decision later this year.

Eight months after it was initially rejected Grosvenor has now increased the percentage of the scheme’s affordable homes to 35%, a figure which would technically meet the local council’s minimum requirement threshold.

Of the new 35% figure, nearly a third will be social rent equivalent – around 140 homes – and 70% at discounted market rent.

The new plans have also increased the heights of a number of buildings by between one and seven storeys and cut the amount of retail space on the scheme by 14%.

A 600-place school is still on the table, as are workspace units for local businesses.

A GLA consultation on the scheme started last week and a public hearing is expected to consider the proposals before the end of this year.

Speaking as the new plans were published Simon Harding-Roots, executive director, Grosvenor Britain & Ireland, said: “Our original planning application was not good enough. We acted in good faith but it didn’t meet the council’s expectations.

“Since then, we have worked hard to address the clear call from the community, council and mayor to deliver more affordable housing whilst ensuring the project, and its many other benefits, can become a reality.”