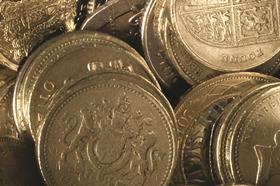 Martin Jenkins, the high-profile lawyer who acted for Mirror Group pensioners in the Maxwell pension scandal, has confirmed he will spearhead a legal challenge by Halcrow pensioners against CH2M’s plans to restructure their pension scheme.

It comes after the Pensions Regulator last week approved plans from parent company CH2M and Halcrow pension scheme trustees to transfer pension pots to a new scheme with lower benefits. Any scheme members that reject the proposal will have their pots transferred to the government-backed Pension Protection Fund instead, with still lower benefits. Members have until 5 August to respond.

The new scheme will give pensioners a one-off 2.5% boost to their savings but cut their yearly payment increases from 5% to 0.3%.

CH2M has long argued the restructure is necessary to protect pension scheme members’ entitlements and to prevent the heavily-indebted scheme potentially pulling under the Halcrow business.

But Jenkins, a pensions partner at law firm Irwin Mitchell, criticised the Pensions Regulator’s decision to approve the decision, arguing it “forces” the new arrangements on pensioners “even though they were not consulted about it or even told it was happening”.

He added: “Members have been provided with very little of the information about the scheme finances to which they are entitled, and no opportunity for consultation.” The restructure will be challenged in the Upper Tribunal.

A spokesperson for CH2M said: “We are deeply concerned that a small group of activists is placing at risk the future savings of thousands of pension scheme members […] This small group does not speak for the wider interests of the scheme members.”