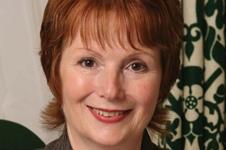 Hazel Blears has announced she will stand down as communities secretary in next week’s government reshuffle.

In a statement, Blears said she informed the prime minister of her decision to leave the Cabinet today.

The minister, who as secretary of state for communities and local government oversees the government’s regeneration plans, has become the latest victim of the expenses scandal which has engulfed the government.

The Salford MP paid back over £13,000 to the parliamentary fees office after being accused of avoiding capital gains tax on a property sale.