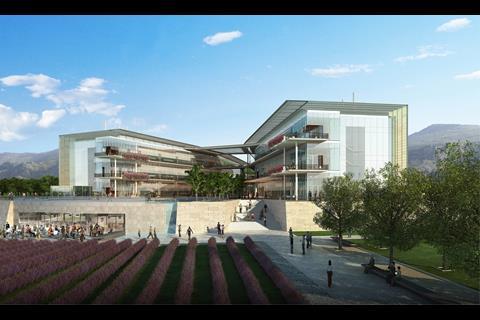 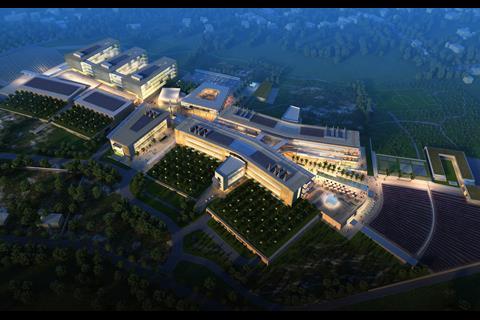 Architect HOK has unveiled its design for a £167m biomedical facility in Sicily, Italy.

The 31,000sqm Ri.MED Biomedical Research and Biotechnology Centre will comprise research buildings and a conference centre but later phases of the campus also include plans for a hospital and medical school.

Rob Firth, practice director at HOK’s London office, said: “This Ri.MED project highlights our ability to win international competitions and then coordinate and lead the design of complex projects in diverse locations all over the world.”

Bruno Gridelli, vice president of the Ri.MED foundation, said: “The biotechnology and biomedical research centre will generate exciting scientific discoveries that will translate into new and better cures and bring great social and economic benefits to Sicily and Italy. The dynamic and flexible design for the centre that HOK has developed will create the ideal work environment for Ri.MED scientists.”