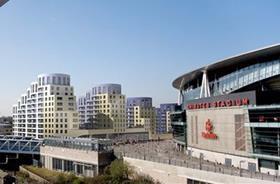 A raft of major London housebuilders have signed a commitment to end the marketing of new homes to overseas buyers before UK residents.

The biggest London housebuilder by turnover, Berkeley, has already publicly committed to marketing homes in the UK at the same time or before taking them overseas to sell.

The commitment, which is part of an initiative organised by the Home Builders’ Federation (HBF), is designed to head off growing controversy around the sale of new build homes to foreign purchasers.

Research by Savills shows that overseas investors put £7bn in to the London housing market in 2012, the equivalent of more than a third of the value of all mortgages advanced. House prices rose by 12% in the capital in the year to October, according to government figures out yesterday.

At the same time the HBF also published research from eight housebuilders representing 44% of the London market, showing that in 2012 more than one in ten new homes built in the capital were marketed overseas in advance of being made available to domestic buyers.

The research showed 85% of new homes sold in prime central London were occupied, with the figure considerably higher in other parts of the capital.

In addition the research showed the private sale of homes in the capital funded the construction of approximately 14,000 affordable homes in 2012, with over £400m of additional planning contributions generated.

Stewart Baseley, executive chairman of the HBF, said: “Attracting up-front investment by pre-selling homes is absolutely key, and without it many developments would not go ahead. Foreign buyers are playing a vital part in helping increase the number of homes being built in the capital. However, the industry wants to ensure that UK buyers have every possible opportunity to buy the homes being built.”

Mayor of London Boris Johnson said he “welcomed” the commitment.

Housing minister Kris Hopkins said: “It’s clearly in the interests of developers to ensure that their properties are available to both UK buyers and those abroad, so I welcome today’s actions by the Home Builders Federation. And the changes we’ve made to the tax rules make sure overseas buyers pay their fair share.”

The commitment, to be signed today, said: “We commit to offer homes for sale in the UK before, or at the same time as they are available for sale overseas. The industry is committed to delivering the homes the country needs and will ensure that equal opportunity is given to UK buyers to purchase the homes we build.

“New homes on every development by the undersigned companies will be available for sale domestically before, or at the same time as they are available elsewhere.”