Houses of Parliament could close for £720m upgrade 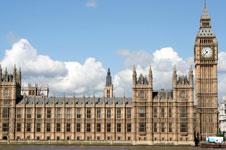 MPs and Lords could be temporarily moved out of the Palace of Westminster in order to allow a programme of repairs and renovations to take place that could cost over £700m, it has emerged.

A procurement exercise launched today by Parliament’s estate arm is seeking expressions of interest in evaluating ways to bring the structure and facilities at the Houses of Parliament up to modern standards and prevent irreversible damage to the Grade I-listed building.

They range from long-term rolling repairs to closure of the building for everyday business and the relocation of political functions while upgrade work is conducted.

A report last year listed a host of problems with the world-famous building, built between 1840 and 1870. Among them were leaking roofs, fire-compliance issues, the presence of asbestos, and extensive penetrating damp.

The Restoration and Renewal of the Palace of Westminster report (see file at right) put a price tag “in excess” of £720m on the work, and suggested that if the palace were not a Unesco World Heritage Site “its owners would probably be advised to demolish and rebuild”.

The successful bidder for the current tender will be tasked with carrying out a feasibility study on three possible approaches to renovating and restoring the palace. They are:

After Restoration and Renewal of the Palace of Westminster was published, the House of Commons Commission and the House Committee of the House of Lords agreed to commission a comprehensive, independent assessment for the work, including costs.

A total of 36 companies responded to an open invitation to take part in an “industry day” market-engagement exercise linked to the work last month.

The full contract notice can be seen here.