HS2 may have international search for its new CEO 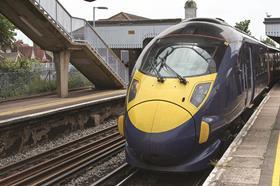 Speculation is growing that HS2 Ltd will have to go overseas to replace chief executive Simon Kirby who is leaving in December after two years in the post.

Kirby shocked the industry last month when it was announced he was joining Rolls-Royce as the engineer’s chief operating officer. He had joined HS2 Ltd from Network Rail back in May 2014.

HS2 Ltd says an appointment is expected early in the new year, meaning it is likely that its chair Sir David Higgins will be asked to fill Kirby’s role on a temporary basis.

But Patricia Moore, managing director of infrastructure at consultant T&T, said: “The problem is I don’t think there’s an obvious candidate who’s available.” And Richard Threlfall, head of infrastructure at KPMG, said: “I won’t be surprised if the search doesn’t end up having to go more global for the right person.”

The speculation comes after prime minister Theresa May and her chancellor Philip Hammond gave the scheme their backing at last week’s Conservative Party conference. An HS2 spokesperson confirmed to Building that the scheme plans to keep to all of its published project milestones in the months ahead.

In addition, he confirmed that selecting providers for £500m of professional services work on phase 2 would happen once the expected phase 2 route is announced later this autumn.

Paul Dyson, head of advisory at consultant Hill International, says: “It’s significant because once you’ve let these contracts HS2 opens itself up to costs if it backs out.”

HS2 will choose between Bechtel, CH2M Hill and a Mace/T&T JV as development partner for phase 2 by the end of the year. Design consultants will also be chosen, with an Aecom/Capita JV, Arup, a Mott MacDonald/WSP JV and an Atkins/Arcadis JV all in the running.