HS2 has begun to test the waters with contractors interested in building its Interchange station in the West Midlands.

Birmingham Interchange, which has been designed by Arup, is set to be built on a greenfield site in Solihull.

A Prior Information Notice, published yesterday, did not say how much the job will cost but HS2 has previously said it is expected to cost somewhere between £100m and £250m.

Firms have until 13 December to express interest with a contract notice expected to be published on 13 May.

The winner will also be required to carry out earthworks.

The railway is pushing forward with procurement plans despite the outcome of the election and the independent review, chaired by Doug Oakervee, still unknown.

Leaks have signalled the review has found in favour of continuing with the project. 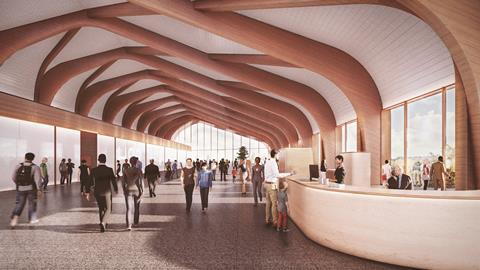