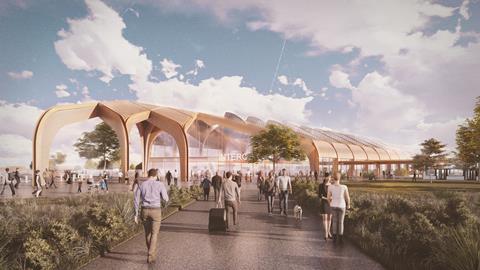 A £10bn development portfolio of opportunities in the West Midlands has been unveiled, with projects centred on the two HS2 stations planned for the region being the biggest value schemes in the pipeline.

The mayor of the West Midlands Andy Street has revealed 24 development schemes at Mipim, which is being held in Cannes this week.

Street has revealed the West Midlands Combined Authority’s (WMCA) list of schemes headlined by the £2bn, 140ha development in Solihull that centres around the new HS2 Interchange station (pictured above) and includes residential, commercial and leisure facilities.

ANALYSIS: Your guide to Mipim 2019

The next most valuable scheme on the list is the £1bn mixed-use development centred on the Curzon Street HS2 station in central Birmingham.

Another project on the list is the £700m Allies & Morrison-designed Friargate scheme in Coventry, which is set to include 300,000m2 of mixed-use space.

The WMCA is made up of 18 local authorities and four local enterprise partnerships.