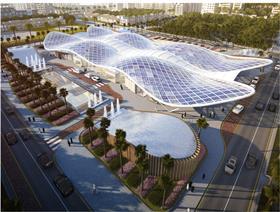 Consultants Aecom and Hyder are among the firms that have been selected to build the $22.5bn (£14.7bn) Riyadh metro lines.

The project will entail construction of six lines in the Saudi Arabian city, which will be undertaken by three consortiums led by US giant Bechtel; Spanish contractor FCC Construction; and Italian firm Ansaldo STS respectively.

The Bechtel-led BACS consortium, which includes Aecom, will design and build two lines totalling 63.3km under a contract valued at $9bn (£5.9bn).

While the Arriyadh New Mobility group, which includes Hyder Consulting and is led by Ansaldo STS, will build one line totaling 40.7km under a contract valued at $5.2bn (£3.4bn).

Construction is set to begin in 2014.

He added: “This is the biggest infrastructure project to be undertaken in the Kingdom of Saudi Arabia and is a cornerstone of the bold future we envision for our city.”

Architect Zaha Hadid has already been appointed to design one of the main stations on the network.