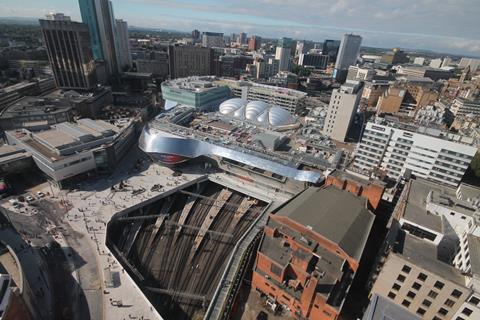 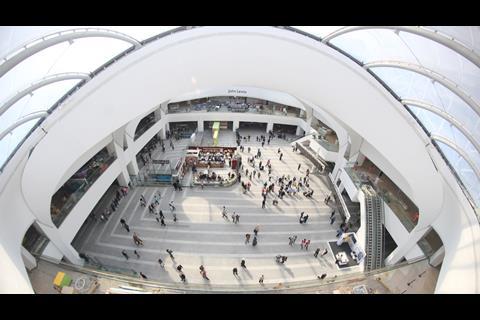 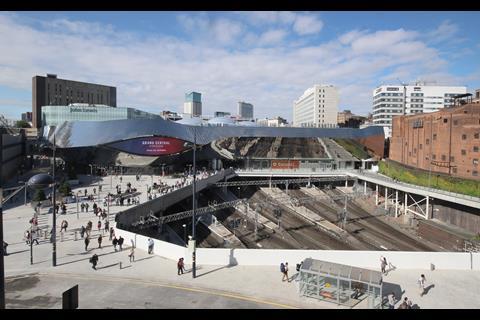 The £750m redevelopment of Birmingham New Street Station has opened seven years after the design competition was won by Foreign Office Architects.

The job moved with the practice’s co-founder Alejandro Zaera-Polo when the firm split and he set up AZPML.

The firm remains responsible for the overall concept and the stainless steel facade and external cladding of the atrium which links the station with the Grand Central shopping centre.

Atkins was brought in as executive architect and Haskoll was responsible for the interiors of a second retail element, a John Lewis store. Mace was contractor, while AKT II was structural engineer.

The project included removing more than 6,000 tonnes of concrete from the previous 1960s redevelopment to allow light into the station, which is the busiest in the country outside London.

Last year Zaera-Polo hit out at Network Rail for authorising what he called “destructive” changes to his design.

The original design was plaster cladding over the atrium’s steel structure. This has been used at ground and first floor level while a lightweight tensioned fabric has been used for the roof structure.

Today Zaera-Polo said the concept was to create an icon that would communicate the building’s function to the public as well as the character of its location right in the centre of Birmingham.

“The geometries of motion and the distortion of perception produced by movement have been the inspiration for the architectural expression of the project,” he said.