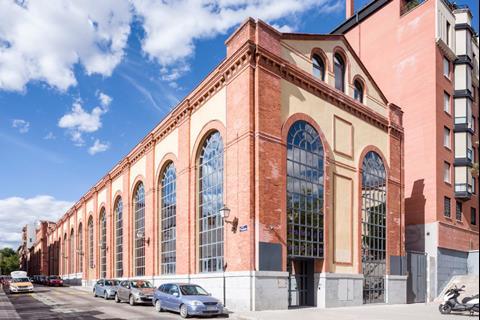 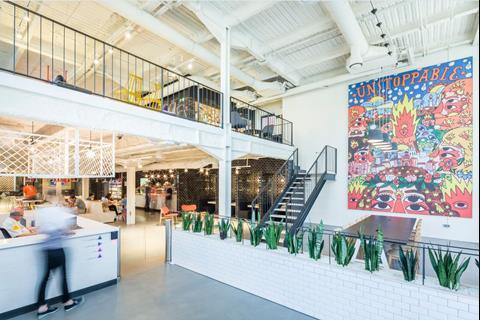 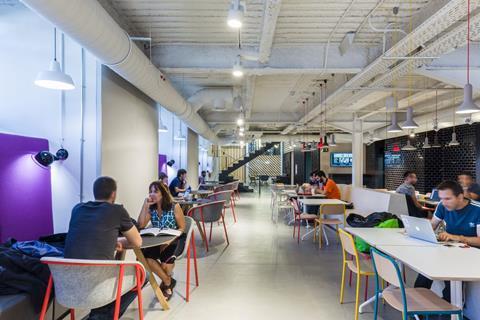 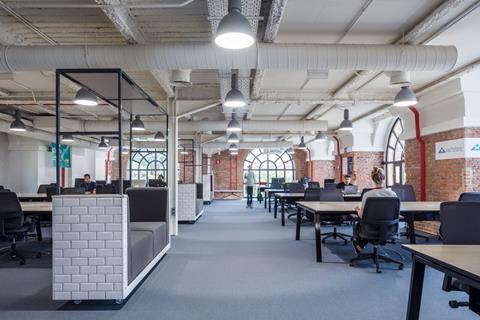 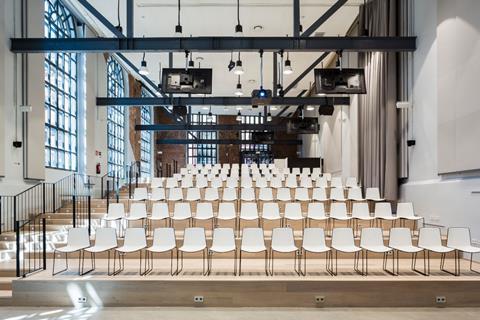 Jump Studios has completed a €4m co-working building for Google in Madrid.

The 2,500sq m “campus” has been converted from a five-storey former battery factory dating from 1892.

The project inserted a new entrance on the south side, giving on to a public plaza and the main road, improving circulation and letting more light into the building.

Inside is a two-storey cafe, flexible working spaces, meeting “nooks” and a triple-height, naturally lit, 200-seat auditorium. For this, Jump Studios retained part of the building’s original internal structure, including steel ceiling beams, allowing floor plans to be extended in future if more co-working space is needed.

Campus Madrid is the tech firm’s sixth co-working site. The first was opened in London, with others following in Seoul, Sao Paolo, Tel Aviv and Warsaw.

Jump Studios, which is part of Populous, also worked with Google on the London campus.

The campuses provide spaces for entrepreneurs to learn, share ideas and launch start-ups. Madrid will be used by 7,000 Google “members”, including 50 resident start-up companies.