LDA Design’s proposals could start construction in 2023 if approved 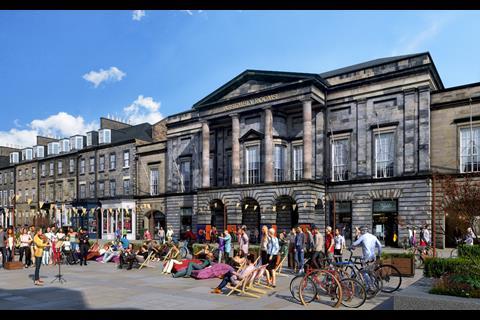 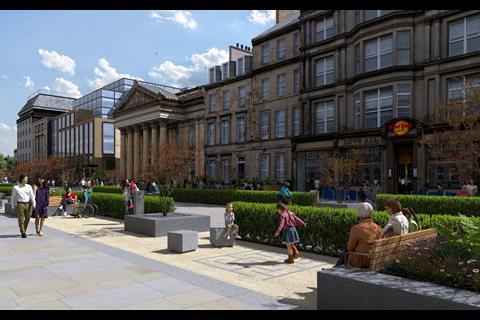 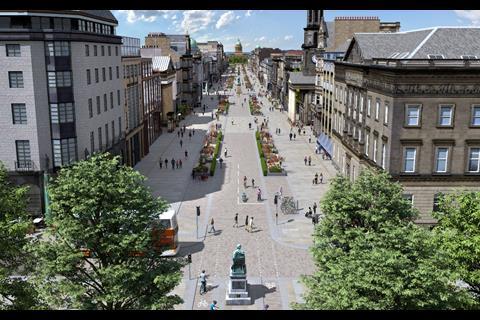 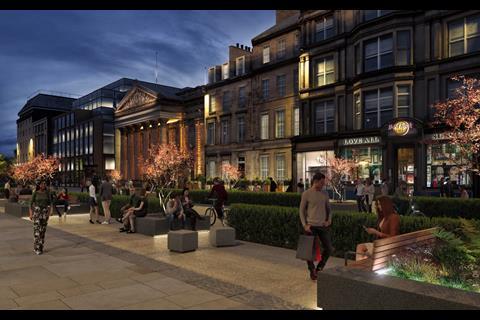 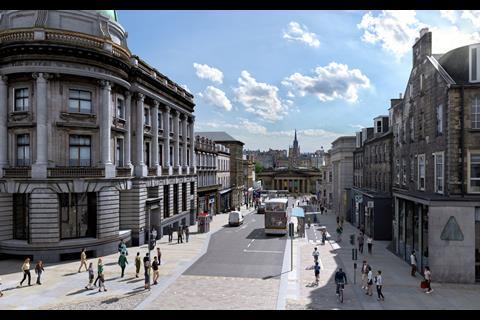 The firm’s proposals, worked up with Tetra Tech, the new name for WYG, would see pavements on the 18th century high street significantly widened and street clutter removed to make way for improved lighting, new public spaces and a cycling thoroughfare.

The plans would also see soft landscaping and permeable surfacing laid down to reduce the impact of heavy rain and floods.

The scheme, a key element of the Scottish capital’s city centre transformation plan, will have a focus on improving walking and cycling connections in the area.

It also supports the city’s 10-year mobility strategy to overhaul transport in the capital as part of efforts to achieve net zero goals.

Transport and environment councillor Lesley Macinnes said that the proposals had been “years in the making”.

“It’s essential that its design works for everyone, which is why we’ve spent time ensuring it meets people’s access needs, that it allows residents to go about their daily lives and that it will encourage local businesses to flourish.”

Further public consultation on the designs will now take place with final designs due to be brought before the council’s transport and environment committee in April.

If approved, construction work could begin in 2023 ahead of completion in 2025.