In pictures: How the area around HS2’s Old Oak Common station will look 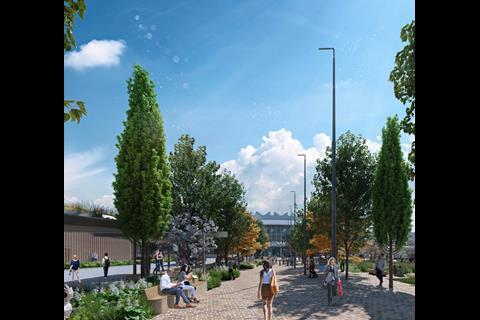 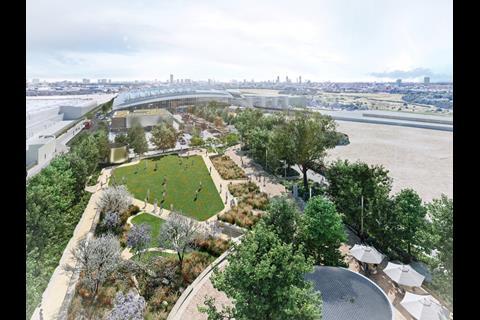 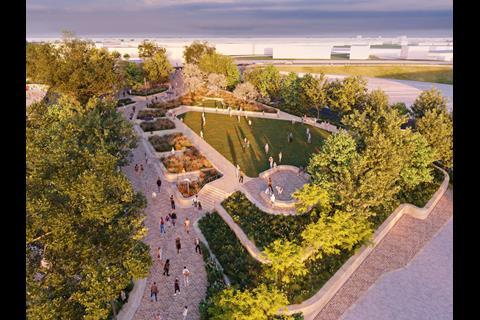 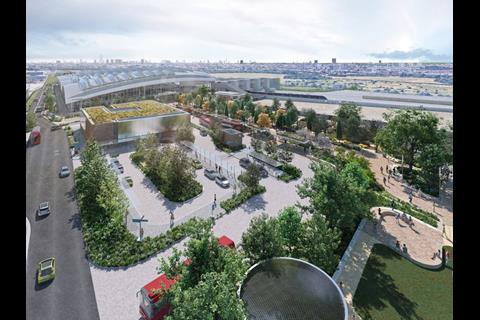 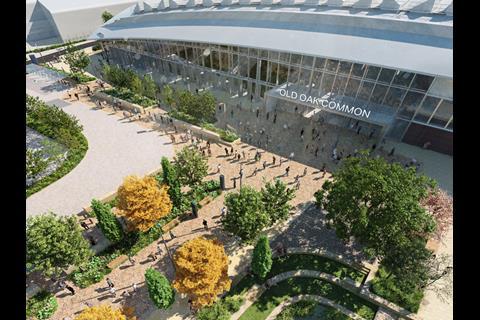 HS2 has unveiled images of plans drawn up by WSP and landscape practice Grant Associates for the public realm around the new Old Oak Common station in west London.

The public realm proposals include new public parkland with a viewing platform over a small wetland area and station plaza. It is planned the park will also be used for a series of pop-up markets.

Station architect Wilkinson Eyre has also worked on the plans which are out to a four-week public consultation before being submitted to planning authority Old Oak and Park Royal Development Corporation later this summer.

Residents will also be asked for their views on transport plans for access to the station which includes a bus depot with green-roofed shelters and indoor bicycle parking with wide cycle paths.