In pictures: what HS2's Birmingham and Solihull stations will look like 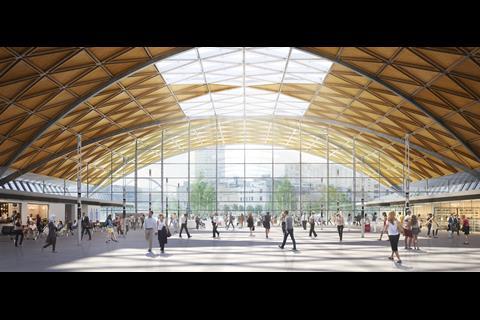 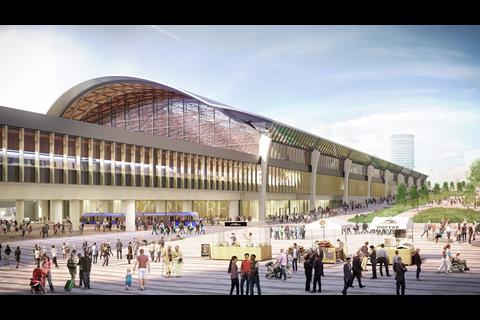 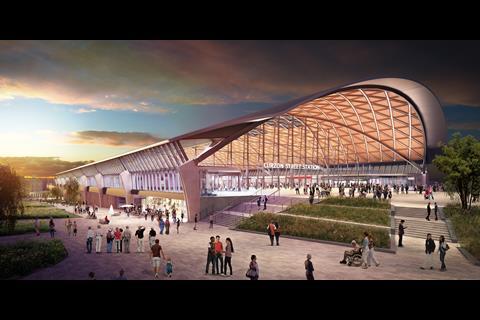 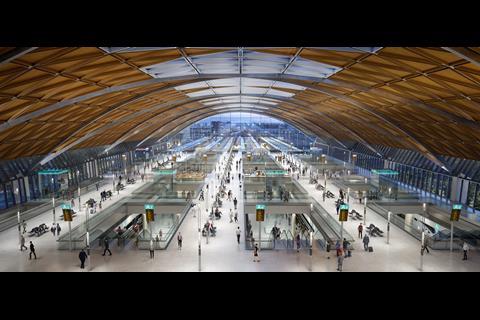 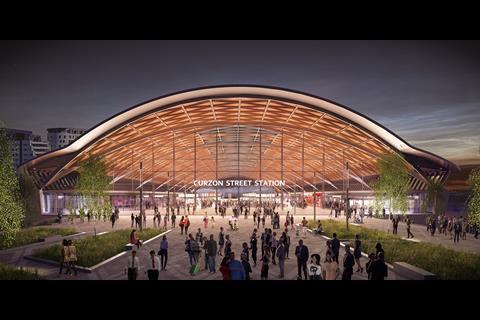 HS2 has revealed images of what its planned stations in Birmingham and Solihull will look like.

Curzon Street station in central Birmingham (pictured above) and the Interchange station in Solihull (pictured below) have been designed by WSP/Grimshaw and Arup respectively.

The images are set to go on display at Birmingham Library to give the public the chance to view and provide feedback on the designs.

Curzon Street station will be the first brand new intercity station built in the UK since the 1800s and will provide seven high speed platforms. It is due to open in 2026.

Neven Sidor, lead architect for Grimshaw on Curzon Street station, said: “The West concourse will have the ambiance of a modern airport terminal with both platform and waiting areas included in the grand arched space. The East concourse has been designed to include the historic Curzon Station building as part of a revitalised New Canal Street scene.”

It will be connected into an extended tram network, as well as offering pedestrian, cycle, taxi, bus and conventional rail connections to the rest of the city and the wider West Midlands. 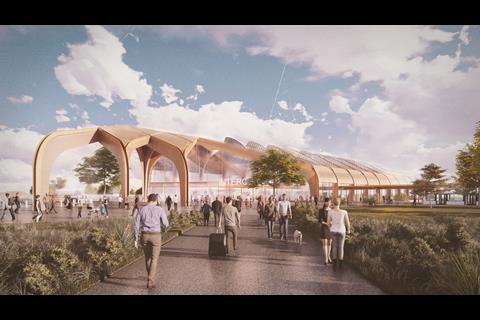 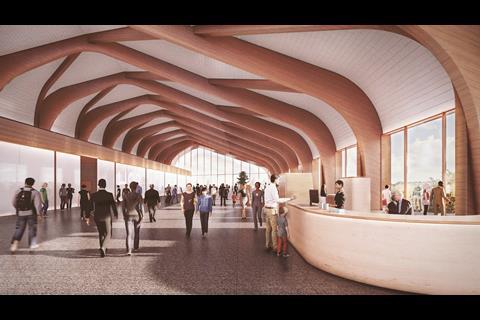 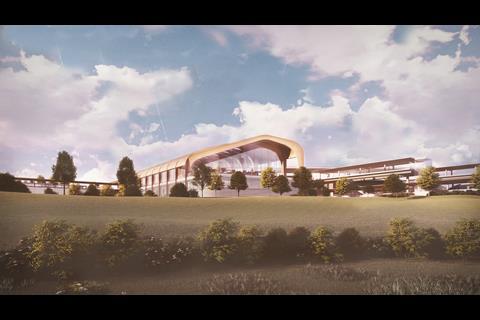 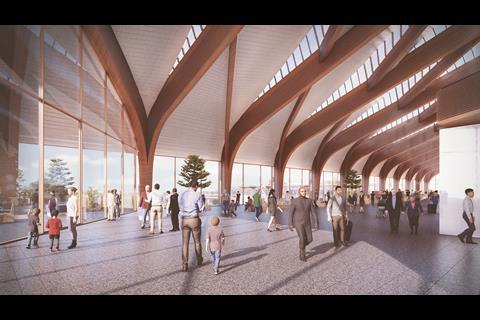 The Interchange station will act as a gateway station for the region, serving Solihull, the West Midlands, Birmingham Airport and the NEC.

Arup’s lead architect on the station Kim Quazi said: “The station roof has been designed to fit in with the surrounding landscape and to optimise natural daylight using an integrated, efficient structural form and rainwater management system.

“We have also focused on a number of objectives including creating a positive experience for future users and rail passengers by including open space, parkland and views to green spaces, and constructing a green building with low energy consumption and low maintenance.”

A series of engagement events for both stations will run in the city through October.

Contracts for these two stations have not yet gone out to tender.

But contractors for two HS2 London stations are due to be appointed later this autumn with the race believed to have narrowed for the schemes at Euston station and Old Oak Common station.

The battle for the £1.65bn Euston deal is believed to be down to a Costain/Skanska joint venture and a team featuring Spanish firm Dragados and Mace, while the £1.3bn Old Oak Common job is understood to be heading the way of a Balfour Beatty/Vinci JV.