A design team of WSP, Grimshaw Architects, Glenn Howells Architects and landscape practice Grant Associates is working on the scheme

More images of the planned new HS2 station in the middle of Birmingham have been released.

Designed by a team including WSP, Grimshaw Architects, Glenn Howells Architects and landscape practice Grant Associates, the station will be built next door to the original 1838 Curzon Street Station.

The new images have been released by Grant Associates as details around the scheme’s public realm emerge. 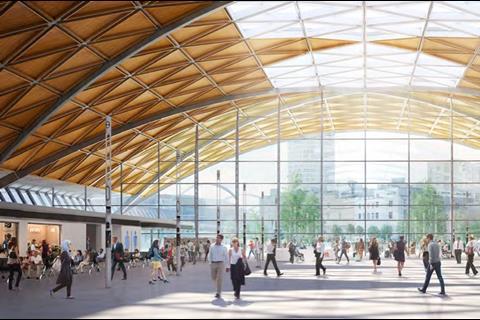 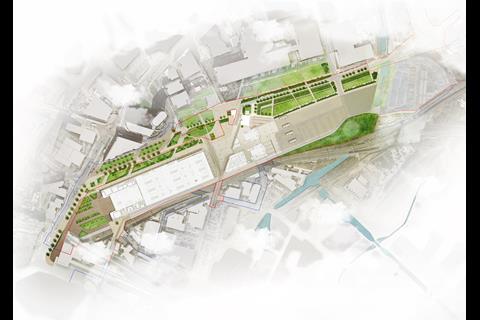 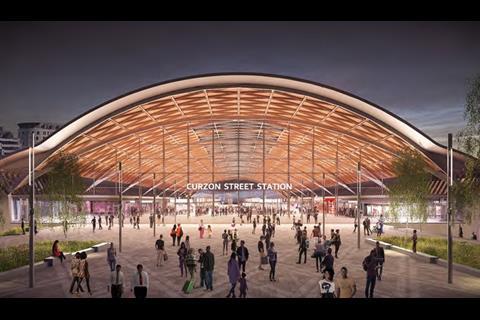 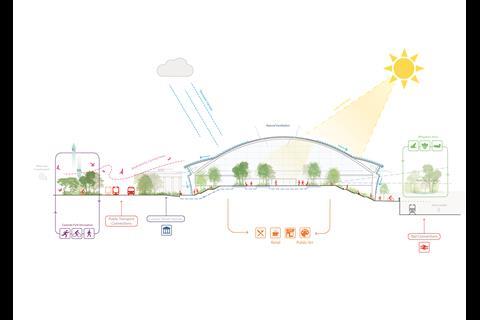 The landscape architcture specialist has revealed that the urban realm has been divided into four areas Station Square in front of the new station, along with Curzon Promenade, Curzon Square, which will be able to stage outdoor events, and Curzon Street.

Due to open in 2026, the new station will offer seven high speed platforms to rail passengers.

Meanwhile, over 1,000 archaeologists have joined ground works on phase one of HS2 where contractors are under away ahead of main construction next year. Digs are taking  place at 60 sites across the 150-mile route between London and Birmingham.

But further finds are expected to centre around a pre-historic hunter-gatherer site, excavation of a Roman British town, a Bronze and Iron Age area, a World War Two bombing decoy, a medieval manor and host of burial grounds from different periods.