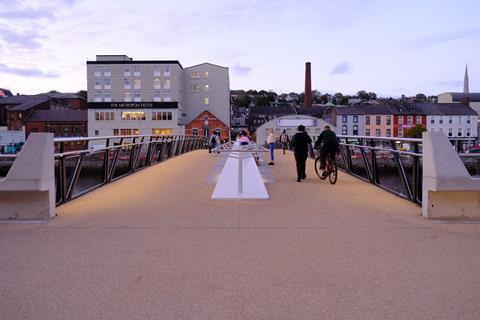 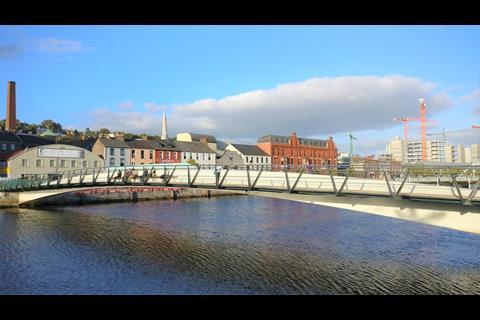 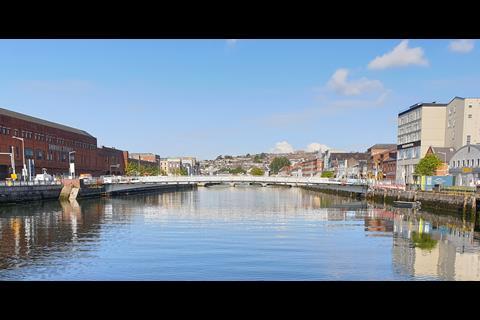 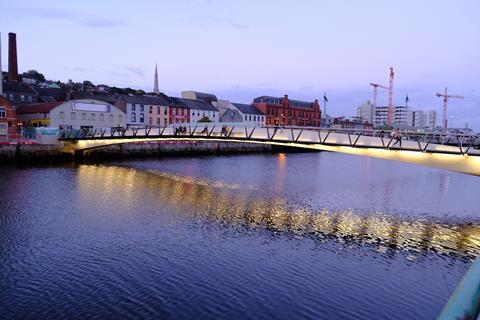 A footbridge designed by Wilkinson Eyre and Arup has been officially opened in Ireland’s second city, Cork.

The €5m (£4.4m) crossing over the river Lee has been named after Mary Elmes, a Cork-born aid worker, following a public ballot.

Elmes is credited with saving more than 200 Jewish children in France from the Holocaust after the Vichy regime said in 1942 they were no longer exempt from being sent to concentration camps. The bridge, which has a bench in its middle, is expected to be used by up to 11,000 people a day.

The scheme was project managed by Arup and built by local contractor Keating Construction for Ireland’s transport authority.