Industry heavyweights to look at feasibility of Irish Sea crossing

The government has asked two industry heavyweights to take a closer look at the feasibility of a transport link across the Irish sea. 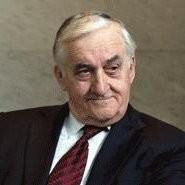 The appointments were announced today in an interim report by Network Rail chairman and former Transport for London commissioner Peter Hendy, who was asked by the government to look into ways to improve connectivity between the different nations of the UK.

Ideas which have been suggested so far include a link between Northern Ireland and Scotland in the form of either a bridge or an undersea tunnel at a cost of at least £15bn.

Another proposal involves building an underground roundabout beneath the Isle of Man connecting three separate tunnels leading to England, Northern Ireland and Scotland.

Hendy said that he has asked Oakervee and Masterton to lead a “discrete piece of work” using engineering consultants to assess the feasibility of a link and an outline cost and timescale for construction.

Oakervee, who chaired HS2 between 2012 and 2014, led the eponymous review into the railway which recommended that the £100bn project should proceed.

Masterton was vice-president of Jacobs Engineering between 2004 and 2015 and is also a former chairman of the Construction Industry Council. He was also the government’s representative for Crossrail and chaired the independent assurance panel for HS2.

Both Oakervee and Masterton are also former presidents of the Institution of Civil Engineers.

Another recommendation from the interim review is the development of a UK strategic transport network, which would build on the approach taken by the EU to create a trans-European transport network to support the EU Single Market.

Hendy said that the development of a UK equivalent could support better assessments of transport routes and investment decisions, improve the flow of people and goods between UK nations and improve partnerships between the UK government and devolved administrations.

According to Hendy, the review’s advisory panel believes that there is a “strong strategic case” for a new transport network and will carry out more work to define what it could look like.

Hendy’s final report will consider specific transport projects that could improve connectivity, and will assess their feasibility and potential impact on economic growth, social cohesion and quality of life, the government said.

It will also look into the role of future technologies and assessing environmental impacts of current and future infrastructure.

It will be submitted to the government this summer.