Insulation firms pile pressure on PM to save ECO 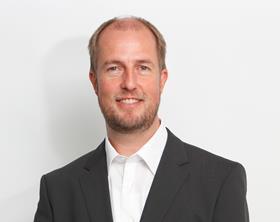 The managing director of Rockwool has become the second head of an insulation firm to write to the prime minister to pressure him to save the Energy Companies Obligation (ECO).

The government is undertaking a review of ECO, which pays for energy efficiency measures to be installed in some of the nation’s poorest households, as well as other green levies, in an attempt to bring down the cost of energy bills.

Today, Rockwool managing director Thomas Heldgaard wrote to David Cameron to pressure him not to cut the scheme. It follows a similar letter from John Sinfield, managing director of Knauf Insulation, earlier this week.

Heldgaard’s letter said: “I cannot state strongly enough the harm that will be caused to fuel poor families and pensioners should the government back down on its central energy efficiency policy so that energy companies can give a small cash-back to consumers.”

Earlier this week Sinfield told Cameron in a letter that the government should increase incentives for the Green Deal to make it easier to fund ECO projects through a combination of funding streams.