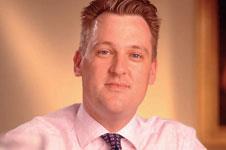 Interserve has been awarded a £146m contract to build a waste to energy plant in Glasgow as part of a PFI consortium led by Viridor.

The Viridor consortium signed a 25-year design, build, finance and operate contract with Glasgow Council to treat between 175,000 and 200,000 tonnes of the city’s municipal waste each year. It will also be able to generate up to 15MW of electrical power.

The development, which still requires planning permission, could start on site as early as summer next year, to complete in early 2016.

Interserve chief executive Adrian Ringrose said: “This facility will make a real difference to Glasgow and the surrounding area and we are proud to be involved. It’s a major infrastructure project and we shall be enhancing its sustainability both through the integration of advanced waste-processing technologies and through the use of local businesses in the building of the facility.”