Crossrail has been warned that the chances of completing work within its current budget are continuing to shrink.

Jacobs said the cost of the scheme had remained stable but was still above the agreed figure with less than nine months to go before its completion date.

The US consultant is keeping tabs on the £18.6bn project for clients, Transport for London and the Department for Transport who are bankrolling the project. 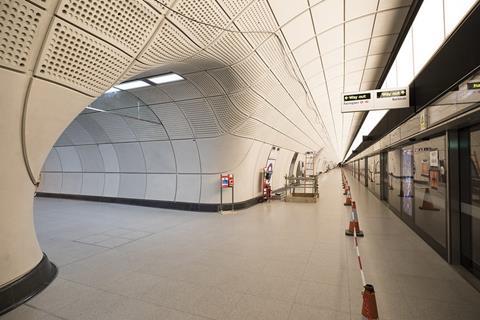 In its latest report covering the four weeks to the middle of last October, the firm said the project was still expected to cost £151m more than the additional £825m of cash the government handed it in 2020.

For close to six months, Crossrail, Jacobs and others involved in the project have been saying the project is likely to need more cash.

The shortfall was first flagged by the Public Accounts Committee in a report published last June.

Last year, Crossrail, which originally asked government for £1.1bn when it was given the latest bailout, admitted it “has not stated that delivery within the £825m additional funding is achievable”.

The key central section of the scheme is due to open some time between next month and this June. It was originally due to finish in December 2018.