A number of firms have told Building that firms have been spooked by a slump in work caused by a no-deal Brexit and have been lining up jobs to cover the ongoing slowdown caused by the UK’s departure from the EU – which has so far bust three deadlines.

One said: “There’s a number of firms who are super-keen for everything. It’s the pre-Brexit period that’s making firms go in low.”

Tim Moore, economics associate director at HIS Markit, added: “There are clear signs that construction firms are positioning for an extended soft patch for project starts.” 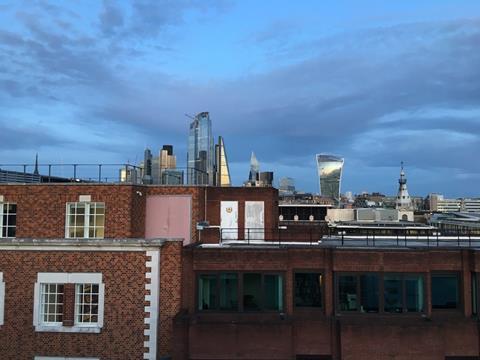 The survey said slowing orders are forcing contractors to cut staff numbers with staffing levels falling again in October after declines every month since April.

It said this was being driven by not enough work to replace completed jobs while EU workers had decided to return to their countries of birth, in part fuelled by the slump in the value of sterling.

IHS Markit/CIPS’ PMI index reported a score of 44.2 in October, up on September’s 43.3. Any score below 50 indicates contraction.

Civil engineering work saw output fall at the fastest rate for a decade and housebuilding activity fell sharply, with the latest data suggesting the largest drop in residential work for three years.

Commercial construction also fell for the tenth month in a row, the survey added.

Jan Crosby, the UK head of infrastructure, building and construction at KPMG, said the rest of 2019 was unlikely to be much better given Brexit has been delayed again and a general election will be held on 12 December.

He said: “There had been pockets of optimism in the run up to 31 October [the latest date for the UK’s departure from the EU], largely because people were looking forward to some form of clarity around the future of the sector. But Brexit uncertainty has returned once more, coupled with a general election to boot.”

He said the remaining weeks of the current year would be dominated by “stalled activity, dampened confidence and a ‘wait-and-see’ approach to new work. Many clients are likely to hold off until next year before committing to any large-scale projects in the hope they can make more informed decisions.”