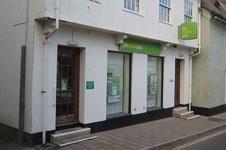 Statistics out later today are expected to show that claims for unemployment rose by 85,000 in December

Official statistics released later today are expected to confirm that the number of people out of work and claiming unemployment benefit continued to rise in December.

The figures are anticipated to show a rise in jobless claims increased by 85,000 following on from November's rise of 75,700 to 1.07 million, bringing the total to 1.16 million.

Credit has remained difficult to obtain, and predictions from the Ernst and Young Item Club predicted earlier this month that unemployment would hit 3.35 million by the end of 2010.

Meanwhile, the Chartered Institute of Personnel and Development and accountant KPMG have warned that half of employers are freezing recruitment.

An Ipsos MORI poll of 1,005 people revealed earlier this week that 49% of full-time workers are scared of losing their jobs.

Figures will also be released today on the state of the country's public finances, with the increase in jobless claims putting more strain on the UK's finances.