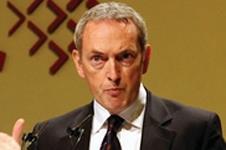 The company confirmed it was in talks with Hutton, who has been a vocal supporter of plans for a new wave of nuclear plants in Britain.

In a statement, it said: “EDF Energy can confirm it has been in discussions with John Hutton about him advising the company. However nothing has been concluded at this stage and any decision would require approval by the advisory committee on business appointments.”

An agreement between the two parties would involve Hutton become a member of the firm’s stakeholder advisory panel. Existing members include Will Hutton and Chris Patten.