Housebuilder looking to build on recent growth in the region 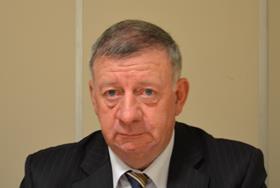 Keepmoat Homes has appointed Mick O’Farrell as its new regional managing director for the south of England.

He has over 20 years of industry experience and joins from fellow housebuilder Lovell Partnerships, where he spent nearly two-and-a-half years as regional managing director for London.

Prior to that, O’Farrell had a five year stint at Kier, three of which were spent heading up its housing division. He also held managerial positions at housebuilder Wilson Connolly before it was acquired by Taylor Woodrow for £705m in September 2003.

Since the establishment of the southern division in 2014, Keepmoat has built 519 homes in the region.

James Thomson, chief executive of Keepmoat Homes, said: “A lot has been achieved in the South over the past three years and Mick has the experience and expertise to continue driving the region forward.”