Keltbray cuts pay and staff in bid to ‘remain competitive’ 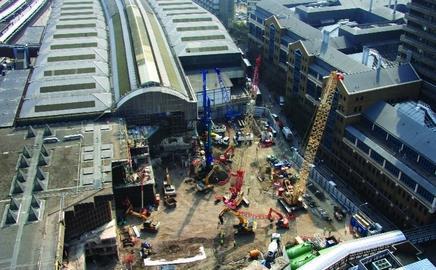 Demolition contractor Keltbray has announced a 10% pay cut and shed about 90 staff after suffering a fall in work and revenue.

In a letter to staff, John Price, its managing director, said salaries would be reduced from the start of June. He said: “The firm has been experiencing a reduction in new contracts, which has forced us to reduce costs and make redundancies.

“Regrettably, this measure is not sufficient to ensure we remain competitive and retain our market share and, having negotiated a reduction in rates from our suppliers, we are now proposing to apply a salary reduction across the board.”

Price said the cut would be subject to six monthly reviews, but that reinstatement of full salaries could not be guaranteed.

The firm said it had made “just shy” of 90 redundancies since it launched a consultation three months ago. This amounts to 15% of its workers. Those made redundant are thought to include project managers, engineers, site managers, QSs, estimators, asbestos operatives and administrative staff.

Pectel, the asbestos removal business that Keltbray took out of administration last December, has consolidated its Burton-on-Trent office with its base in Sheffield.

The news of Keltbray’s troubles comes a week after Yorkshire contractor Shepherd Construction began a redundancy process as part of a restructure that will include the appointment of a new director for business in the South and a board-level business development director.

Brendan Kerr, group managing director, said: “Keltbray has spent the first quarter of the year resisting redundancies; however, it has been necessary to look at every element of expenditure across the group during this significant downturn.”