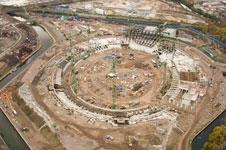 The London mayor’s chief adviser on Olympic legacy has been forced to resign from his job as a director of Carphone Warehouse after failing to follow stock market rules.

David Ross, until today chair and co-founder of mobile phone retailer Carphone Warehouse, resigned after he told the company that he had used 136m of his shares in the firm – worth £120m – as security for personal loans.

The news will be an embarrassment for mayor Boris Johnson following on from the resignation of a number of his key advisors in the first few months of his post, and has already led to calls for Ross to consider his position at the GLA.

Ross was appointed in October by Johnson to head a team of legacy advisors to ensure the delivery of regeneration following the 2012 Olympic Games. A statement by Carphone Warehouse this morning said he had used his shareholdings in the firm as security on a number of loans since 2006, but had only told the company yesterday. Ross, who was trained as an accountant, would have been required under Stock Exchange rules to inform the company as soon as any such deals were agreed.

Green Party London assembly member Darren Johnson told the Guardian website it raised questions about his suitability to take charge of the Olympic legacy budget. He said: “It certainly raises questions about his role with the mayor. If he is unfit for Carphone Warehouse is he really a suitable man to keep the Olympics budget under control?"

The GLA has so far refused to comment on the issue, but is thought to be preparing to make a statement on the issue. Three of Johnson’s advisers have already stepped down from their posts, including deputy mayor for children and young people Ray Lewis, Deputy mayor for transport Tim Parker, and chief political advisor James McGrath.