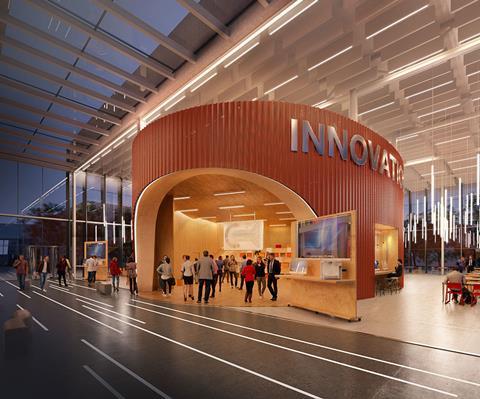 Kier has been confirmed as the preferred bidder for the £135m first phase of works at Cardiff University’s planned £300m Innovation Campus.

The contractor will build two facilities, one of which will house a social science research park and a creative space for start-ups, spin-outs and partnership working. The other will be home to two scientific research establishments - the Institute for Compound Semiconductors and Cardiff Catalysis Institute.

The works will also include the building of a bridge linking the Cardiff Business School with campus. Work is set to start on-site in early next year with completion due in 2018.

Anthony Irving, managing director at Kier Construction Western & Wales, said: “We’re looking forward to working with the university and a local workforce to deliver this next, exciting phase of the Innovation Campus.”

Professor Hywel Thomas, pro vice-chancellor for research, innovation and engagement, said: “The two new buildings will be home to world-leading research centres with the power to not only unlock the economic potential of catalysis and Compound Semiconductors, but to harness the application of social science to solve pressing global problems. We are investing in people and places to build partnerships that create growth.”