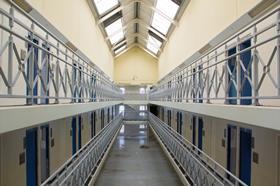 Kier has nailed down its first major contract since Andrew Davies took the helm after being named builder for the £253m Wellingborough prison by the Ministry of Justice.

The contractor was first appointed to carry out early works on the Northampton site in early 2018 and has been demolishing the old prison on the site (pictured left) since the middle of last year.

But now it has been firmed up as the main contractor on the new category C prison designed by Pick Everard with HLM.

The facility and will hold 1,680 prisoners across seven houseblocks (pictured below) and have more than 60,000m2 of accommodation and ancillary buildings.

The new blocks have been designed to hold only 20 men in each wing, and will not feature bars across the window, in a push to create an environment conducive to rehabilitation.

Kier is joined on the job by Mace, who is the MoJ’s delivery partner for a range of new prisons, as well as WTP as cost consultant.

Kier has said it plans to ‘push the boundaries’ of BIM level two on job, by using digital and 3D design in conjunction with offsite manufacture and on-site assembly. 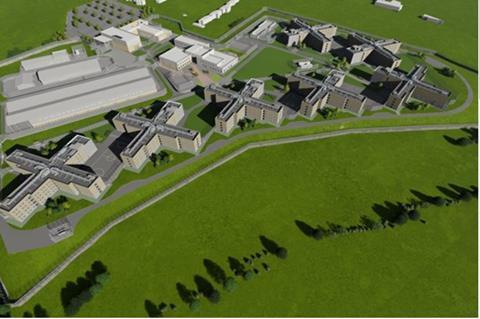 Prisons minister Rory Stewart said: “We will deliver on our commitment to build up to 10,000 modern and decent prison places to replace old, expensive-to-maintain and unsuitable accommodation, and the start of work at Wellingborough is an important step forward.”

HMP Wellingborough was closed in 2012 because of its poor condition after 49 years of service.