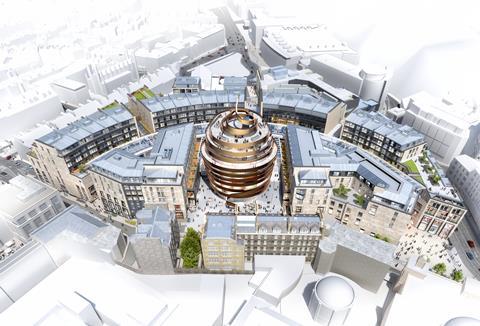 Laing O’Rourke has begun construction on the £850m redevelopment of the St James Quarter in Edinburgh after nearly two years of demolition works at the site.

The firm picked up the main contractor role on the mixed-use scheme at the end of December 2015 following an agreement to carry out enabling works with developer TH Real Estate.

The development replaces a former 1970s shopping centre with 850,000 sq ft of new retail space anchored by a John Lewis store and a 214-room luxury hotel operated by W Hotels at its centre. It will also feature Scotland’s first boutique Everyman Cinema.

Native Land and Queensberry Properties – a joint-venture between Buccleuch Property and housebuilder Cruden Homes – will also deliver 150 prime residential homes at the scheme, which was put on hold in 2012, until a new funding deal between Edinburgh council, the Scottish government and the developer was struck in 2014.

The development, known as Edinburgh St James, has been masterplanned by Allan Murray Architects with technical designs from BDP. It is due to complete in 2020 with the W Hotel launching a year later. 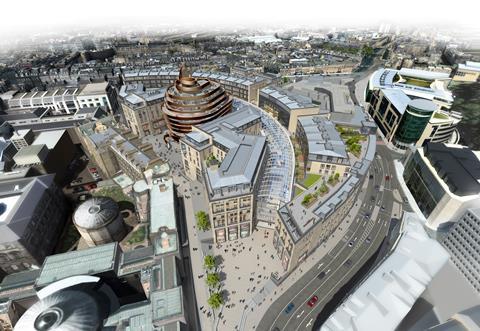