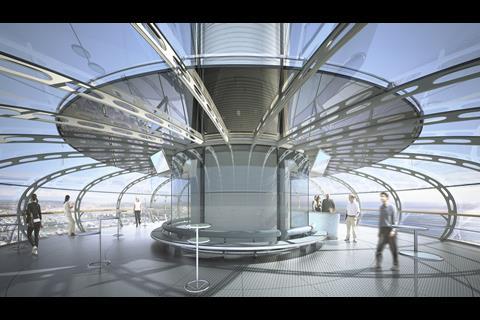 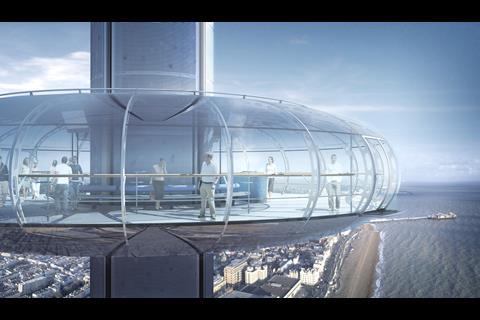 The architect behind the London Eye looks set to see its designs for a 175m-high viewing tower on Brighton seafront built after the local council plugged a gap in funding.

Brighton and Hove council last week agreed to a £15m loan to the i360 tower project - proposed as the highest observation tower outside London - which has been on the drawing board for six years.

The £38m scheme, which has planning permission and the rest of the funding needed, is now expected to start on site before the end of the year by a team including main contractor Hollandia, engineer and project manager Jacobs, civils contractor Graham Construction and pod manufacturer Poma.

Architect David Marks, of Marks Barfield Architects which devised the project and the earlier London Eye, said he was “delighted” by the council’s loan, which is in addition to a £3m loan from the Coast to Capital Local Enterprise Partnership.

“Brighton and Hove is an amazing council,” he said. “It’s green-led and although it’s a coalition, they work together.”

He added that getting the project to this stage had been a major struggle.

“We started the London Eye in a recession and with i360, we’ve had a recession in the middle, which hasn’t helped.”

The i360’s observation pod will rise to 141m using a low-energy system with the slender tower boasting facilities at its base including a shop and cafe.