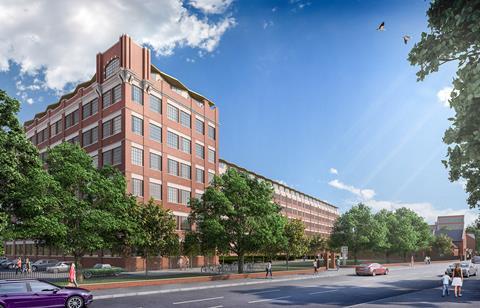 Latimer, part of Clarion Housing Group, has completed on the purchase of a derelict factory in York which it plans to convert into more than 250 flats.

The deal to purchase the Cocoa Works building, first announced back in June, completed on 1 December and comes with planning permission.

The 253-apartment scheme will feature a mixture of one-, two- and three-bedroom homes, a concierge service and other community facilities, including storage for nearly 200 bicycles and more than 170 car parking spaces.

The Cocoa Works building has been empty for more than a decade after confectionary manufacturer Nestlé relocated to alternative premises and wrangling ensued over the site’s future.

Work is due to start soon, Latimer said.

Yesterday Clarion announced it had bought a site in South Wimbledon in London as part of a £1bn plan to regenerate three housing estates in the capital.

The South Wimbledon scheme will see 134 new homes built on the site at the Old Lampworks.