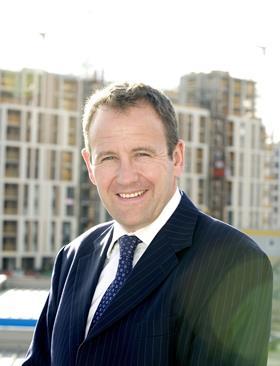 Lend Lease’s managing director of development Mark Dickinson is to leave the firm.

Dickinson, who currently oversees the firm’s development business in Europe, the Middle East and Africa (EMEA) and was previously project director for the London 2012 athletes village, is understood to be planning to set up his own housebuilding business.

Lend Lease is currently engaged in a major shake-up of the business, which has included a review of the future of a number of its regional offices and the departure in May of six senior figures including Michael Dyke, EMEA managing director of construction.

Dickinson, a chartered civil engineer who joined the company in early 2010, held a number of housebuilding roles prior to joining Lend Lease, including serving as managing director of Berkeley Homes’ East Thames division until 2007.

A Lend Lease spokesperson said Dickinson would be leaving later this year “to pursue opportunities outside the business”. The spokesperson added: “We would like to thank Mark for his contribution to our strong progress in 2013 both at Elephant and Castle, where we have successfully launched the first two residential developments, and the International Quarter in Stratford, where we recently completed the first commercial deal.

“Mark has built a strong and broad team, which will continue to drive our development business forward in the future.”