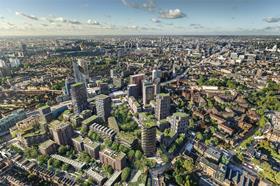 Lend Lease’s European construction business has fallen further into the red, despite a slight rise in revenue.

The construction arm’s loss in the last six months of 2013 exceeded its loss for its previous full year results, when it reported an operating loss of £7.9m (Aust $14.6m) for the year to 30 June 2013.

In its results the firm said the loss at its construction arm was due to “reduced margins across the UK and Italy”; “disposal of the Spanish construction business”; and “the cost of restructuring operations in the UK”.

The firm’s whole European business including its development, investment and infrastructure arms reported a fall in operating profit to £8.4m (Aust $15.6m) in the six months to 31 December 2013, down from £35.5m (Aust $65.8m).

“We were not one of the big players out in Spain and we didn’t want to take on contracts where we couldn’t control things such as safety,” she said.

She said that she did not expect restructuring costs in the UK to have much impact on profitability in the future.

“We have really reconsolidated and reset our baseline. We know what we want to do and we want to bid for large projects in the UK,” she said.

She added that without these two costs Lend Lease’s European construction business would “definitely be looking at not such a significant loss” and would be closer to “breaking even”.

Quinlan added that she expected the construction business in Europe to be back to profit in “12 to 18 months”. “It’s partly to do with scale and getting the business back to a large scale business,” she said.

She said the firm was focused on targeting “intelligent” clients to grow its construction work, which she expected to account for the “lions share” of growth in coming years.