Exclusive: Lend Lease is reviewing the future of a number of its regional offices as part of its wider business review 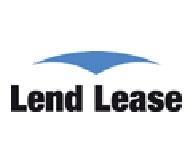 Lend Lease is reviewing the future of a number of its regional offices as part of its wider business review, Building can reveal.

When asked this week about the future of a number of Lend Lease’s regional offices a spokesman for the firm said: “Like any agile and forward looking business we are continuously reviewing all aspects of our operations and no final decision has been taken about any regional office.”

Building understands that the firm has been cutting back its bidding activity in both its Birmingham and Manchester offices. The moves follow a strategic review undertaken by Simon Hipperson, Lend Lease’s chief executive of EMEA, who took up his role last October.

In May, Building revealed that six senior figures, including Michael Dyke, managing director of construction in Europe, the Middle East and Asia, were leaving the firm as part of a shake-up of the business. The departures also included Lend Lease’s EMEA commercial director, Tom Spilsted and operations director Simon Parham.

Neil Martin, the firm’s current EMEA director of operations, has taken over in Dyke’s old role on an interim basis until a permanent replacement is appointed. At the same time the firm put 90 jobs at risk across the UK and European region in a move it said was designed to “streamline our central overhead to maximise cost effectiveness”.

The firms said it was positioning Lend Lease for continuing growth.