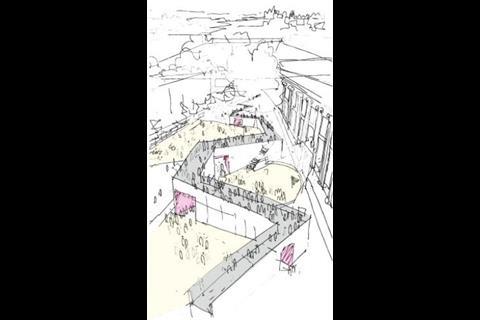 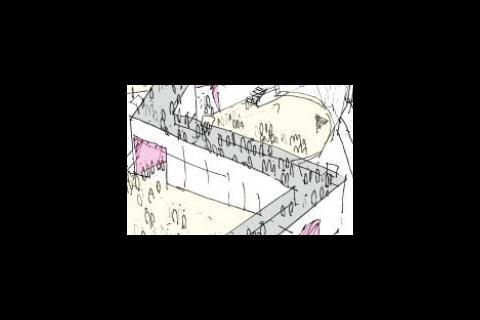 Following last weekend’s sojourn in the emerging architectural hotbed of east London, events at the London Festival of Architecture move back to the city centre.

New London Architecture must have had a job to do to curate this hub – the nascent developments of King’s Cross, the genteel traditions of Bloomsbury and the commercial hubbub of Covent Garden make strange bedfellows. Find out how they did at this week’s top five.

4-6 July
Architects Carmody Groarke have designed a 160m walkway above Montague Square, which will act as the centrepoint for the weekend events. Visitors will get stunning views of the British Museum and surrounding buildings from a 1.5m vantage point.

Bring along some broken toys

4-7 July
This sounds seriously weird. The Hungarian Embassy wants you to bring along broken and hacked-up toys – don’t worry, they’ll provide some of their own, too – for you to create “responsive spaces” with. Don’t ever let anyone tell you this festival doesn’t embrace everything…

Where? The Hungarian Cultural Centre, WC2E

5 July
Probably the festival’s most high-profile event, the infamous jelly banquet, will be held on the evening of Friday 4 July, but curators Bompas & Parr will be holding a family-friendly banquet of two-dimensional “architectural food” the following day. There will also be a “continuous picnic” curated by Bohn & Viljoen Architects.

5 July
The students of RADA – remember their faces, they’ll be on The Bill in five years’ time – will be teaching lucky passers-by medieval and Elizabethan social dances. Get your ruff and codpiece on and join in. For those of a less participatory inclination, the students will also be performing Much Ado About Nothing as part of the Montague Place celebrations.

Take in the scenery

4-7 July
Starting at Alastair Lansley’s RIBA Award-winning terminal for St Pancras Station, you will walk around the old and the new of the area, taking in what will be done at King’s Cross and what has already been done in Bloomsbury and around.

Where? Meet at, er, the Meeting Place at St Pancras International

Highlights this week elsewhere at the festival include:

Keep next weekend free for the activities of the next featured hub – Southwark and the South Bank.