The London Assembly has suggested that Crossrail won’t actually open until even later than the line’s bosses said back in the summer when admitting the £15bn railway would bust its opening deadline.

The central section of the route, which will run from Paddington to Abbey Wood and will be known as the Elizabeth line, had been due to open this December but in August Crossrail confirmed that date has been pushed back to autumn 2019.

But a report from the assembly’s budget and performance committee said that if Transport for London, which is helping fund the scheme and will be responsible for running the line, “wants to coordinate with the National Rail timetable, it is likely that this means December 2019”.

It added: “If we assume that TfL is looking at a December 2019 opening date (even though this is not yet confirmed), then that means at least a further eight months of capital expenditure.” 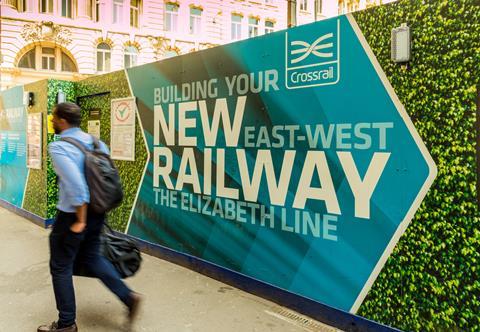 Gareth Bacon, chairman of the committee, said TfL, which has been contacted for comment, still had no idea how much the final bill of Crossrail would be.

“The capital costs are still unknown and current estimates are subject to change,” he said. “We won’t have a real figure until next summer. What we do know is that TfL has already maxed out its corporate credit card just to keep the project going to March 2019.”

He added that TfL was already counting the cost of the delay, losing out on up to £190m next year in lost fares and advertising revenue.

He said: “We now have fresh information about what the Crossrail delay will cost TfL – almost £200m in 2019-20 in lost passenger fares and advertising revenue.”

The documents also revealed that TfL can’t borrow any more cash without breaching its operational limit and that the £650m of additional cost that had been agreed so far was only enough to keep the project going until the end of March 2019.

The committee said: “The mayor set TfL’s operational borrowing limit at £11.3bn for 2018-19, and even before delay there was only £93m of wriggle room left.

“TfL is now going to use all of its authorised borrowing in 2018-19, the full £11.3bn. This is why the £350m loan from the Department for Transport is being given to the GLA, who will then pass it on to TfL as grant. It would appear the mayor is having to be creative to avoid legal borrowing limits.”

Announcing the delay in the summer, Crossrail said the original programme for testing had been hit by more time being needed by contractors to complete fit-out work in the central tunnels and the development of railway systems software.