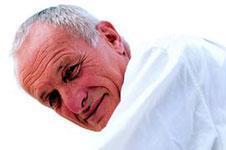 The news emerged after Rogers Stirk Harbour + Partners posted it results for the year to 30 June 2008 at Companies House.

The firm, which has been embroiled in a public row with Prince Charles over its designs for the Chelsea Barracks scheme in west London, grew turnover 30% from £25.3m to £32.9m and described the results as the “most successful in the company’s history”.

Pre-tax profit tripled to £3.2m and a company statement said: “We continue to be ever more global in outlook although cautiously avoiding unfamiliar markets. The company and related group now operate out of six offices worldwide.”

Despite the good results, the company acknowledged times had got tougher since last June.

It said: “The company finds itself in a much changed economic climate since the beginning of 2009. The global construction industry had suffered a dramatic contraction. This has manifested itself in the reduced level of completions and commissions available around the world.”