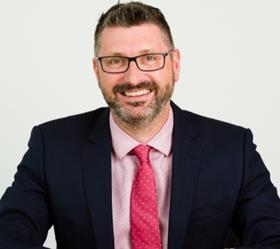 Lovell has again turned to Galliford Try to beef up its business, bringing in the latter’s partnerships and regeneration managing director to head up its London arm.

Stuart Gibbons joins Morgan Sindall-owned Lovell as regional managing director for its business in the capital.

He takes over from Lovell director Richard Vining who moves back to the operations director role he was handed when he joined the firm last year.

In its annual results for 2017 announced earlier this year, Morgan Sindall said operating margins at Lovell had in part been hit by a problem job in London.

Gibbons (pictured) worked at Galliford Try for a total of 29 years which bookended a two year stretch, between 2000 and 2002, at Lovell as its operations manager.

He will be responsible for managing Lovell’s forward order book for London, which currently exceeds £750m with the business set to complete over 760 new homes across the region during 2018.

Among key projects is Trinity Woolwich, a £500m major estate regeneration programme in Woolwich in partnership with PA Housing and the Royal Borough of Greenwich.

Earlier this year, Lovell appointed Steve Breslin as its new finance director, joining from Galliford Try’s partnerships and regeneration business where he was divisional finance director for four years.