Mace and McLaren have been brought in to take over from collapsed contractor Carillion at developer Helical’s Barts Square scheme near Smithfield Market.

The news means the central London site is the first major Carillion scheme for a private client to change hands since it went bust a week ago. 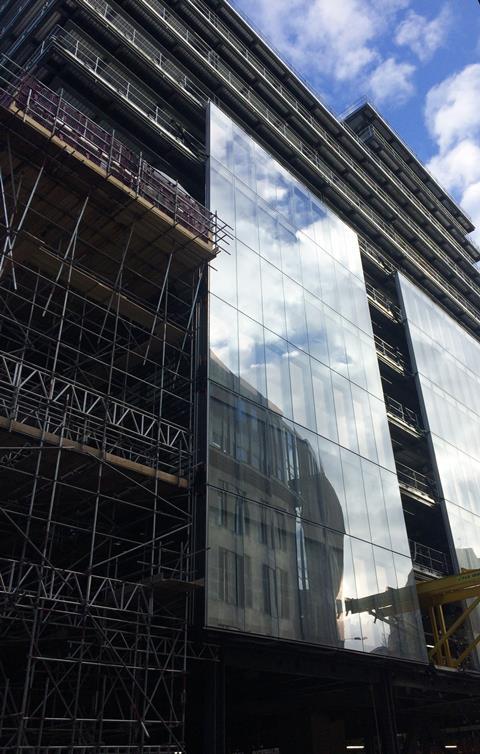 Mace is taking on the 20,000m2 office building, called One Bartholomew Close (pictured right), while McLaren is set to take on the completion of the residential element.

Building reported last week that work on the first two phases of the scheme, which include 144 flats, had ground to a halt after Carillion went under.

Keltbray was still on site at the scheme, working on the third phase of the 3.2 acre development having demolished the existing buildings and carried out some enabling works.

Barts Square was one of two high profile schemes that stopped after Carillion sank with £1.5bn of debt and pension deficit.

The other was Birmingham city council’s £700m joint venture scheme Paradise where the firm was building One Chamberlain Square and delivering other site-wide works on a £250m contract.

The 172,000ft2 building designed by architect Eric Parry was expected to complete in autumn this year.

Rob Groves, regional director at Argent which is the development manager for the scheme, said last week: “Work is momentarily paused while we finalise the next steps with contractors and sub-contractors to complete the site wide works and One Chamberlain Square.”