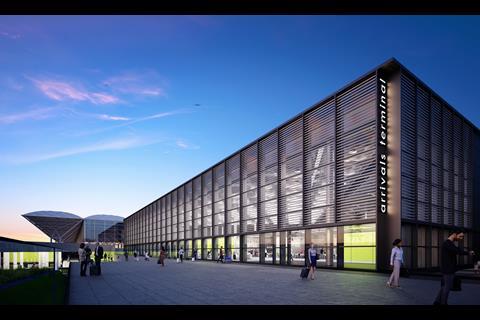 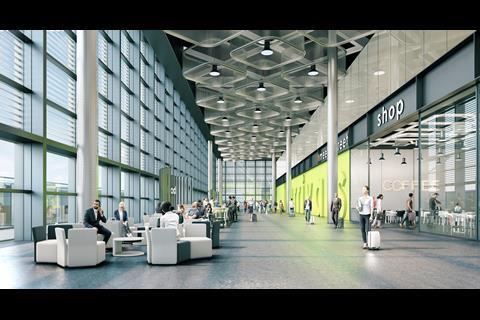 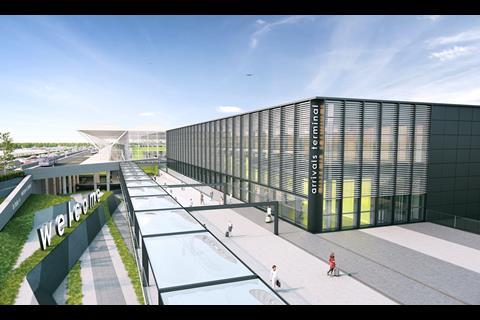 The terminal, which will include larger immigration and baggage reclaim areas, new retail facilities, a public forecourt, is the flagship project in the airport’s £600m transformation.

Once the Pascall & Watson Architects-designed building has been completed, Stansted will be the only UK airport operating dedicated arrivals and departures terminals.

A joint venture between Ramboll and Mott MacDonald has also been named as design engineers for the new terminal.

Meanwhile, Stansted has begun to put out feelers for contractors to work on the upgrade of the current Foster + Partners-designed terminal, which will become the departures terminal when Mace has completed its contract.

The airport is hosting a suppliers day later this month for companies interested in working on the overhaul of the departures terminal, which is set to have a total value of £250m.

In a notice published to the Official Journal, Britain’s fourth busiest airport said the works would be divided into packages worth between £30m and £40m.

In December, Stansted revealed it had appointed Gerry Whyte, previously head of pre-construction at Laing O’Rourke, to lead the £660m redevelopment.

The overhaul of Stansted Airport is just one in a host of major airport schemes currently underway, with contractors already scrambling to get involved in the construction of a third runway and associated works at Heathrow, while Gatwick, which is now half-owned by Vinci, wants to increase capacity by bringing a subsidiary runway into full-time use.