Airport says it will divide works into £30m-£40m packages 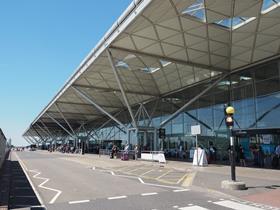 Stansted Airport has begun searching for contractors to carry out phase one of its £600m expansion.

Britain’s fourth busiest airport is looking to overhaul its terminal infrastructure as it competes with several rivals in London and the South East – including Heathrow and Gatwick, which are both also looking to expand.

The works will be divided into packages of £30-£40m, Stansted said.

Later development will see the construction of a new arrivals terminal designed by designed by Pascall & Watson Architects.

In December, Stansted revealed it had appointed Gerry Whyte, previously head of pre-construction at Laing O’Rourke, to lead the development.

It has also appointed a JV between Ramboll and Mott MacDonald as design engineers for the new terminal.

Stansted currently draws 26m passengers per year but has asked Uttlesford council to lift its maximum permitted capacity from 35 to 43 million people per year.

The airport is holding a supplier day this month to provide more information to contractors, with interested parties asked to contact the airport by 11 January.

Builders are also scrambing to get involved in construction of a third runway and associated works at Heathrow, while Gatwick, now half-owned by Vinci, wants to increase capacity by bringing a subsidiary runway into full-time use.