Mace is being lined up for a life sciences scheme for Oxford University which will be the first phase of an innovation district that will include up to 2,000 homes at the university’s Begbroke Science Park.

The deal is being developed under a wider £4bn partnership the university struck with Legal & General in 2019 and is being spearheaded by Oxford University Development, a joint venture company set up by the pair.

Phase 1, thought to be worth around £50m, involves two new buildings to provide a total of up to 12,500 sq m of lab and office space. This phase will include new teaching facilities for the university’s mathematical, physical and life sciences departments.

One of the new buildings will be reserved for university use, while the other will be leased to commercial tenants. 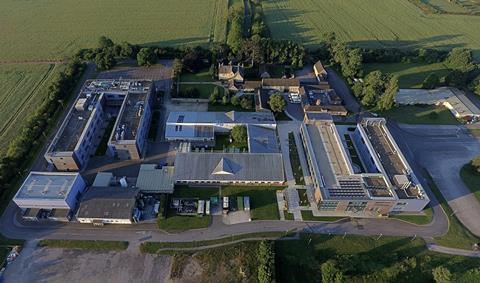 Begbroke Science Park has been owned by the university since 1998

Mace, which has been working on Astra Zeneca’s new HQ building in Cambridge since 2018 with the £1.1bn scheme due to be completed later this year, is understood to be targeting more life science and health work and has a set up a separate division to do so.

Along with Bouygues, it is expected to find out in the next few weeks who has won a £200m deal to build the new Moorfields Eye Hospital in north London’s Camden Knowledge Quarter.

Oxford University has owned the Begbroke site, which has been a research base for five decades, since 1998, opening up its first business incubator initiative the following year.

As well as new homes, other plans in the wider masterplan, which is being drawn up by a Hawkins Brown-led team, include a hotel, restaurant, bars, cafes, shops, educational, community and sports facilities.

The practice beat several shortlisted teams including Allies & Morrison with Mecanoo; Grimshaw Architects; and another featuring Alison Brooks Architects, Wilkinson Eyre and dRMM in a competition run on behalf of Oxford University Development.

Meanwhile, the US billionaire businessman bankrolling Oxford’s new £150m humanities building Laing O’Rourke will construct has donated a further £25m to the project.

The Stephen A Schwarzman Centre for the Humanities was given the green light by the city council last month. O’Rourke is set to start construction proper this October.

Others working on the scheme include architect Hopkins, structural and civil engineer AKTII, building services engineer Max Fordham, QS Arcadis and project manager CPC. Work is due to finish in 2025.