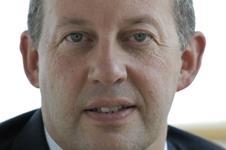 Pre-tax profits at construction management giant Mace rose 38% to £14.9m in 2008, according to the firm’s full-year results.

The firm, which was confirmed as builder of the Shard in March, also said its 2009 order book was already 79% secured.

Chairman and chief executive, Stephen Pycroft said he believed his company’s diversification strategy had protected it from the downturn.

He said: “We have achieved outstanding financial results whilst continuing to demonstrate that Mace is a market leader geographically and in all sector services.”